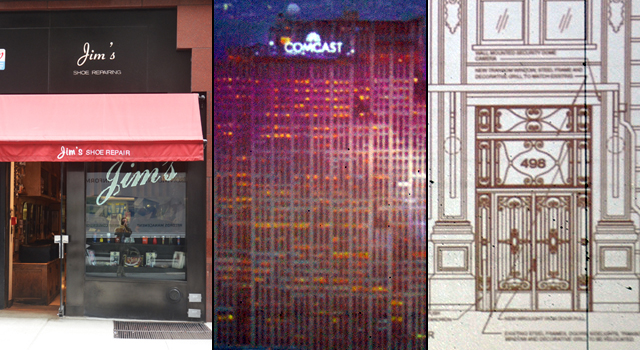 This roundup of my reporting involves a longtime family-run business, an iconic skyscraper, and an 12-story apartment building.

Jim’s Shoe Repair, located at 50 East 59th Street since 1940, is appealing the Landmarks Preservation Commission’s decision not to hold a hearing to grant it landmark status. You see, the landlord is booting them to allow the big Duane Reade next door to get even bigger. The case goes before a judge on July 30.

30 Rockefeller Plaza has had multiple names from RCA Building to GE Building and it’s about to get another one. The Landmarks Preservation Commission approved Comcast’s application to replace all GE signage with Comcast signage. They also approved changes to the marquees in front of 125o Avenue of the Americas.