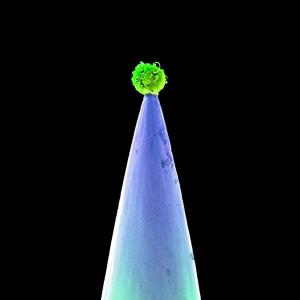 If you think you know the music of Peter Gabriel, think again.

I’ve never done an album review, so please bear with me.

The other week, I was in the car listening to XM and  came upon the song Red Rain by Peter Gabriel. For those of you who don’t know, it was the first track on his 1986 album So. But it said something in parenthesis (New Bl) and then the display cut it off. It was epic in sound, and I had to investigate it. Being as I had the time stuck in traffic, I looked it up on my iPhone and discovered Gabriel had just released an album of orchestral versions of many of his songs. The album is New Blood.

I proceeded to purchase the special edition on amazon.com and started listening to it when I got home last night (which was technically early this morning) and finished it after my workout and shower this morning.

Now, the idea of a pop musician adding an orchestra is nothing new. Elton John Live in Australia (with the Melbourne Symphony Orchestra) is one of my favorite albums. In 2010, I saw Sting on his Symphonicity tour with the Royal Philharmonic Concert Orchestra at the Bethel Woods Center for the Arts (the original Woodstock site) and it was a great fun.

But New Blood sounds like something very new, for the standard pop instruments are not present. This is orchestra and Peter Gabriel (along with some featured vocalists). The arrangements are by Gabriel and John Metcalfe. The conductor is Ben Foster, who you may be aware of from Doctor Who.

The arrangements are unexpected and Gabriel’s songs are reborn. The selection of songs is also very interesting. They aren’t all the huge hit songs – like Sledgehammer or Big Time (which I admit would sound cool with an orchestra). The songs chosen aren’t necessarily the ones you’d request, but they are the ones that you need to hear. On the liner notes, Gabriel himself says “For this record, we ignored some of the most popular songs and selected the tracks that would make for the most interesting journey.” Solsbury Hill is  included because of overwhelming request for it. So, a track consisting of only natural sound of birds and wind, etc. separates it from the rest of the album.

New Blood is a powerful and emotional ride that will leave you saying “Wow!” I highly recommend it!